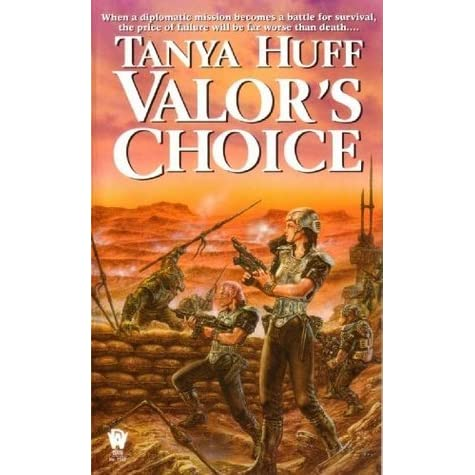 In the distant future, humans and several other races have been granted membership in the Confederation - at a price. They must act as soldier/protectors of the far more civilized races who have long since turned away from war... — Staff Sergeant Torin Kerr was a battle-hardened professional. So when she and those in her platoon who'd survived the last deadly encounter with the Others were yanked from a well-deserved leave for what was supposed to be "easy" duty as the honor guard for a diplomatic mission to the non-Confederation world of the Silsviss, she was ready for anything.

At first it seemed that all she'd have to contend with was bored troops getting into mischief, and breaking in the new Second Lieutenant who had been given command of her men.

Sure, there'd been rumors of the Others - the sworn enemies of the Confederation - being spotted in this sector of space. But there were always rumors. The key thing was to recruit the Silsviss into the Confederation before the Others either attacked or claimed this lizardlike race of warriors for their own side. And everything seemed to be going perfectly. Maybe too perfectly... (Goodreads)

Valor's Choice by Tanya Huff is the first of the Confederation series of books about Torin Kerr, a Staff Sergeant in a multi-species Space Marines service. The stories present a realistic and nuanced representation of soldiers and intriguing political questions about humans and how they might interact with other intelligence life forms when humans are not in charge.

Discussions in this book will connect back to the previous month's book, Starship Troopers, as we examine genre tropes and inspirations, as well as the evolution of stories over time and core elements that persist.

Story is about space marines fighting in wars. PTSD, trauma, injuries, death will be discussed and explored in mature and reasonable ways relevant to the story. Conflicts and violence will be present in the book. Consensual sexual activity among adults will be acknowledged but not presented in graphic detail; some awkwardness regarding sexual attraction will be mentioned.